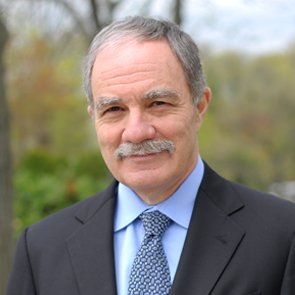 When you need a premier plaintiff’s lawyer for your injury claim, few people could find one more widely recognized or celebrated than Ronald Grayzel.

Serving Plaintiffs for Over 35 Years

He has been representing plaintiffs since 1977, with over 30 of those years spent as a Certified Civil Trial Lawyer by the state’s Supreme Court. His work has included fighting for victims in all types of personal injury cases. He was recently selected by peer recognition to "Best Lawyers in New Jersey" 2016 as published in The New York Times.

Ronald Grayzel’s work on behalf of injured clients has allowed him to resolve claims involving:

Through his passionate, diligent, and expert handling of his clients’ claims, he has achieved incredible results for injury victims—including large settlements and verdicts for families that lost a loved one to fatal injury.

As a result of his high-quality litigation, effective representation, and record of results, Mr. Grayzel was made a Fellow in the American College of Trial Lawyers in 2010. He has also been included in the New Jersey Super Lawyers list since 2006, putting him among the top 5% of attorneys in the state.

Important Contributions to the Field of Personal Injury

As a Certified Civil Trial lawyer, Attorney Grayzel is not only adept at navigating well-established legal areas but in pioneering new ones through innovative and ethical practice. He was among the first New Jersey injury attorneys to represent victims of asbestos exposure against manufacturers, helping develop the trying of toxic torts in the state.

In addition to asbestos litigation, Ron has been instrumental in other types of toxic tort cases, including his work as a co-chair of the Plaintiff’s Steering Committee in the Durham Woods incident. Ron also represented members of the Hemophilia Association in lawsuits against pharmaceutical companies who manufactured tainted blood products that caused Aids in the victims. After the lawsuits ended, Ron became a volunteer member of the Board of Directors. He now serves as the volunteer President of HANJ.

Ron has served as Chairman for the Civil Trial Section of the New Jersey State Bar Association and was a former President of the Middlesex County Trial Lawyers Association.

Personal Life (Outside The Courtroom)

In his spare time, Ron has devoted his time and skills as a volunteer, offering his legal skills on behalf of those who cannot normally afford them. The County Bar Association designated him the Pro Bono Lawyer of the Year, affirming his contributions to the Middlesex community. He also enjoys coaching youth sports and volunteers frequently at the local YMCA.

Ron served for nine years on the Metuchen Board of Education and has served as a boro councilman for seven years.