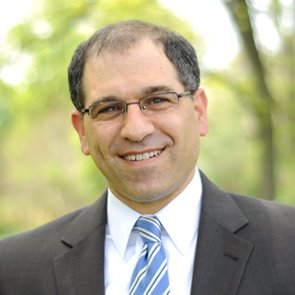 Those who are injured in workplace accidents have an advocate in Attorney Todd Wachtel. As a partner at Levinson Axelrod, P.A., Mr. Wachtel has devoted himself to advocating for accident victims who were harmed during the course of their employment. When you need strong representation that cares for your needs, you can count on Todd Wachtel.

Injured clients can trust Todd for many reasons. He is a certified Workers’ Compensation attorney, as designated by the New Jersey Supreme Court. His role at the Firm is devoted solely to helping injured workers receive medical treatment, temporary disability benefits, and permanency benefits for their injury.

Todd’s experience is founded on his years at Levinson Axelrod as well as his previous work as a Deputy Attorney General for New Jersey, where he represented the state of New Jersey in workers’ compensation claims. He now uses his valuable expertise to protect workers and knows the most effective ways to handle your case and move it through the complex claim system. One of his notable cases include Martinez v. Silverline, 361 NJ Super, 99 (App. Div 2003). Recently, Todd was asked to be a contributing author to Lexis/Nexis’ “Practice Guide to New Jersey Workers’ Compensation” which helps explain the complicated Worker’s Compensation system to other attorneys.

Todd believes in giving back to his community. He has donated his time and efforts to his Temple’s Men’s Club and has been the group’s president. He has worked with many other educational and charitable organizations and served in many different leadership positions. He has also coached high school students in legal skills for mock trial competitions, investing in the future lawyers of the nation with his expertise and insight. Currently, he happily lives in Princeton with his wife, son, and daughter.

In high school, Todd attended the International Studies Specialized Learning Center at Freehold Township High School. After graduation, he attended Syracuse University where he earned a bachelor’s degree in 1994. From there, he pursued a career in law at Widener University School of Law, obtaining his Juris Doctorate in 1997. That year he was admitted to practice in Pennsylvania, and the following year passed the bar in New Jersey.