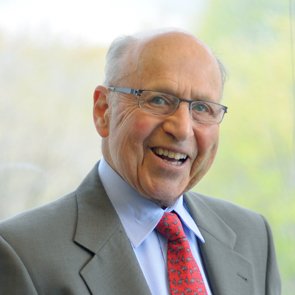 In 1939, Richard’s father, Jacob Levinson, founded the law firm now known as Levinson Axelrod in Perth Amboy, New Jersey. The law firm began representing ordinary people injured either at work or by the negligent conduct of others.

Richard Levinson graduated from Wesleyan University, with honors, in 1953 and graduated from Columbia Law School in 1956. He became a member of the New Jersey Bar in December 1956 and has worked continuously at Levinson Axelrod to the present, with the exception of the two years (1957 – 1958) he spent in the United States Army. Richard has been a principal architect in developing and growing the firm.

His work at the firm not only facilitated its growth from 2 attorneys to 25+, but also facilitated the incredible results the firm has achieved in the last 60 years. In the last 5 years alone, our work has resulted in $350 million in verdicts and settlements for our clients, helping them recover from their injuries with financial security and justice.

His leadership also defined the role of our firm in the community, growing us from one central office in Edison to eight offices located throughout Central New Jersey. He defined how our firm would compassionately handle clients with the legal excellence and personal empathy we are known for. Throughout our history, the majority of our clients have come to us as referrals from past clients who believed in the quality and power of our representation—no testimony is as powerful as that. It was Attorney Levinson’s work that built upon the proud tradition that began so long ago in 1939.

He was a Charter Member and President of the Middlesex County Trial Lawyers and the American Board of Trial Advocates. He has been the Chairman of the New Jersey State Bar’s Civil Procedure Section and Appellate Practice Sections. He is a recipient of the New Jersey Trial Lawyer of the Year award, the James McLaughlin Award and the Herman Breitkoff award.

These are prestigious awards only given to outstanding attorneys for their achievements and professional conduct. Richard was recognized by the Supreme Court of the State of New Jersey as a Certified Civil Trial Attorney and has tried hundreds of cases recovering many millions of dollars for harm caused to his clients by the fault of others. Richard is Senior Partner at Levinson Axelrod and continues to advise and support attorneys on a daily basis.

His published opinions on important cases include: