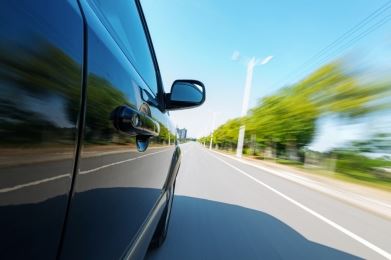 According to New Jersey Police, driver inattention is the number one cause of fatal collisions, surpassing both speeding and intoxication.

Staying alert could mean the difference between life and death for New Jersey drivers, says state police. According to fatal crash data from 2014, driver inattention was the number one cause of accidents resulting in fatalities.

Drunk driving often gets most of the limelight, but distracted driving beat this crash factor by 16 accidents. 190 drivers caused fatal crashes due to inattention, 174 due to drug or alcohol impairment, while speeding was the third most common cause of fatal crashes in New Jersey at 70.

According to state police, 2014 is the most recent year for which we have data on fatal crashes. That year, 556 people were killed in a total of 523 crashes.

The danger of driver inattention is nothing new. In fact, it’s been the top cause of fatal crashes in New Jersey for five years now. This raises a few questions: what exactly is considered driver inattention, and what can we do to curb it?

Driver inattention can be many things. A lot of times, you’ll hear it referred to as “distracted driving” – the terms are essentially interchangeable. All you need to know is that driver inattention is anything that takes your attention off the road.

Driver inattention can be any of the following:

Taking your eyes off the road for even a second can put you and others at risk, because that’s all the time it takes for something to change on the road. The driver in front of you can slam on their breaks, the driver next to you suddenly makes a lane change, and pedestrians can begin to cross the street… all in a matter of seconds.

If you or someone you love was involved in an accident because of a distracted driver, we invite you to contact our New Jersey car accident lawyers today. With more than $1 billion recovered since 1939, we are equipped with the tools you need to seek justice after a collision. Call us today for a free consultation.