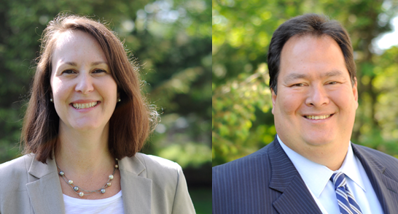 Levinson Axelrod, P.A. Associate Kathleen M. DiGiovanni, along with firm Partner Mark V. Kuminski, were recently successful in securing a $1.515 million dollar settlement on behalf of a family whose loved one was tragically killed in a fatal drunk driving crash in Belmar. The family agreed to the settlement, finalized four years after the fatal crash, with a Jersey Shore bar that had served the drunk driver the night of the incident.

The settlement stems from the death of 26-year-old Tiffany Soto, who passed away on the night of April 20, 2014 after she was ejected from her vehicle and thrown in the Shark River. Tiffany was a passenger in a Honda Civic being driven by her boyfriend, then 24-year-old Edwin Martinez. The lawsuit alleged Martinez, who was driving Soto’s car at the time of the crash, had been overserved at Connolly Station Restaurant and Tavern in Belmar despite being visibly intoxicated.

As Kathleen told NJ News in a recently published article, Martinez has been drinking at the Jersey Shore bar alone when Tiffany arrived in her own car to pick him up. Prior to leaving the bar, Martinez was involved in an altercation with other patrons, smashed the window of one of their vehicles as Soto waited in her car, and forcefully pushed her into the passenger’s seat while getting behind the wheel.

Monmouth County officials state Martinez then accelerated toward Route 35 down Eighth Avenue, driving only a block away before running a red light and colliding into another car at an intersection. The vehicle struck a curb and utility pole and was launched over an embankment before overturning onto its roof in a nearby parking lot. Soto, who was not wearing a seatbelt at the time of the crash, was thrown into the Shark River. Authorities noted the official cause of death as blunt force trauma to the head and drowning.

In the lawsuit, Attorneys DiGiovanni and Kuminski noted that Martinez has a blood alcohol concentration (BAC) level of .207, more than twice the legal .08 limit for DWI, when his blood was drawn at a local hospital over two hours after the crash. Martinez pled guilty to death by auto and assault by auto, as was sentenced to 10 years in prison.

The harrowing incident was nothing short of an unexpected and devastating tragedy for Tiffany’s family. In an effort to help the family and Tiffany’s estate secure the justice and compensation they deserved, Kathleen and our legal team worked diligently to obtain a full and fair settlement, and to hold 8th Avenue Ventures, the corporate entity which owned the Connolly Station Restaurant and Tavern, accountable for negligently serving Martinez after he was visibly intoxicated. Kathleen cited a number accounts from witnesses who saw Martinez’s behavior on the night of the accident, security footage from the bar, and his BAC level as evidence of his extreme intoxication.

Though the lawsuit was filed under dram shop liability laws, which can allow victims to hold bars, restaurants, and other drinking establishments liable for damages when their negligence and overserving leads to patrons later causing harm to others, attorneys representing the defendant argued that Soto’s failure to wear a seat belt contributed to her death, and that any conscious suffering she experienced was minimal.

Despite their attempts to minimize compensation for Tiffany’s family, the evidence and arguments presented by Kathleen and Mark in the case ultimately resulted in a $1.515 settlement following mediation.

Results like these, though they arise from tragedies for which little can fully make amends, speak volumes about the care, compassion, and tenacity with which our firm’s attorneys fight for clients. While Tiffany’s family must morn her untimely loss, the settlement does provide them with the sense of justice and compensation they deserve. It also sends a clear and boisterous message to local residents and drinking establishments about the dangers of drunk driving and overserving visibly intoxicated patrons – a message that may hopefully protect others from suffering similar tragedies.