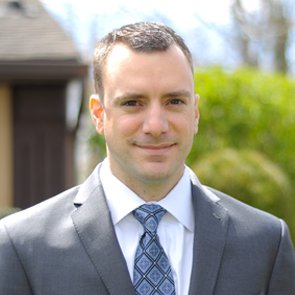 Levinson Axelrod, P.A. Attorney Patrick J. Flinn recently resolved a personal injury claim for a client who was injured as a result of a fall caused by construction debris. The six-figure settlement was secured prior to trial.

The case stems from an incident which took place near a construction worksite in Woodbridge Township, New Jersey. At the time, the defendants were in the process of building a home, and workers were installing wire mesh into the basement prior to pouring the foundation floor.

In the course of their work, the defendants had left the sidewalk covered in construction material, making it impassable by pedestrians. As the noted in the claim, the defendants had laid out the wire mesh in the street behind their pick-up truck before all workers on the jobsite began to carry pieces of the mesh into the home, leaving the remaining wire mesh unattended and unmarked in the street.

At the same time, our client had been walking toward the worksite, and was forced to leave the sidewalk and walk out onto the road in order to avoid the construction debris. While doing so, she walked around the pick-up truck parked in front of the property, stepped on the wire mesh workers had left on the street, and fell.

Our client, who was 73 years old at the time of the incident, fell forward and to her left, and landed on her elbow. She suffered a fractured elbow, as well as significant bruising and lacerations on her face. After being treated and discharged from the emergency room, she subsequently underwent treatment with an orthopedist and was placed into a sling. Following several weeks, she was able to begin physical therapy, and eventually transitioned to a home exercise program.

Although the fracture was to her non-dominant arm, our client experienced difficulties carrying out her normal activities and managing daily tasks, as well as continued pain and limited motion in the elbow. Given her pain and suffering and medical expenses, Patrick was able to resolve the claim prior to trial through a negotiated settlement of $150,000.

Accountability for Negligence. Compensation for Victims.

Attorney Patrick Flinn’s recent settlement is a prime example of the reason why our civil justice system exists, and the importance of working with experienced and knowledgeable attorneys when seeking accountability, justice, and compensation. Since our firm was first founded, Levinson Axelrod, P.A. has recovered more than $1 billion in verdicts and settlements, and more importantly has helped thousands of clients following serious injuries that could and should have been prevented.

Learn more about the personal injury cases we handle, or call (732) 440-3089 to discuss a potential claim of your own.