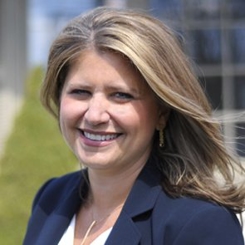 Levinson Axelrod, P.A. Partner Kim Gozsa recently obtained a $3.2 million dollar verdict on behalf of a client who was injured in a slip and fall accident at an outlet shopping plaza in Jackson, New Jersey. The recovery provides welcomed relief to our client, who endured considerable pain and suffering and incurred extensive medical bills, and is an important reminder for property owners to take reasonable steps which ensure safe conditions on their premises, and the safety of their customers and guests.

The substantial jury award stems from a case in which Kim’s client slipped and fell on ice on a sidewalk at the Jackson Premium Outlets, an outlet shopping center in Jackson Township, New Jersey. Upon investigation, it was discovered the ice had been a long-standing problem, and was caused by a leaky soffit which the defendants ignored and failed to fix.

As a result of her slip and fall, our client suffered a hip fracture which was initially treated using three medical-grade screws. However, ongoing pain necessitated removal of the screws, and our firm’s client underwent a hip replacement surgery. Unfortunately, the outcome of that procedure was not as anticipated, and our client was unable to return to work.

Following trial held in Monmouth County, the jury returned a $3.2 million verdict consisting of the following:

Damages awarded by the jury totaled $3,223,580 and will be reduced by 15 percent due to the plaintiff’s comparative negligence. A post-judgment hearing will also be conducted to mold the verdict to include the medical comp lien, which totals $186,865.40.

Slips, trips, and falls are a leading cause of injury – whether they occur in the home, at a private business, or on the job. As this case illustrates, slip and fall accidents have tremendous potential for resulting in extensive damages and causing profound changes in the lives of victims and their loved ones. We applaud Kim on her ability to sift through the complex medical and liability issues inherent to this case, and on her ability to ultimately hold the defendants accountable for failing to address hazards they knew could potentially harm guests.

Partner Kimberly L. Gozsa is a New Jersey Supreme Court Certified Civil Trial Lawyer whose skill, extensive knowledge of civil trial advocacy, and determination have earned her the respect of colleagues and clients across the state. Kim and our entire legal team at Levinson Axelrod, P.A. are committed to helping victims and families protect their legal rights following preventable injuries. If you wish to speak with a lawyer about a potential case, contact us