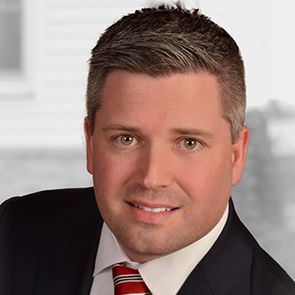 New Jersey Personal Injury Attorney Michael B. Fusco, a Levinson Axelrod, P.A. Partner who works from our firm’s Edison office, recently secured a $380,000 settlement on behalf of a client who suffered injuries in a motor vehicle accident caused by a distracted driver. The case, which took place in Middlesex County, was settled on the second day of trial.

Our client, who worked as a school bus driver, was injured when a landscaping truck crossed over into his lane from the opposing lane of traffic. The driver of the landscaping truck admitted he had dropped his phone while trying to change the music on his vehicle’s radio, an act that caused him to veer out of his lane.

As a result of the accident, our client suffered injuries to his back and his knee. He required injections to his back, and underwent an arthroscopic procedure to repair the meniscal tears in his knee. Our client was also forced to miss work as he recovered from the surgical procedure, and was told he would develop worsening arthritis that would potentially necessitate a total replacement of his knee in the future.

Though Attorney Fusco and our legal team began litigating the case in court, a settlement was reached on the second day of trial for $380,000. Per the agreement’s terms, the settlement included a full reimbursement of our client’s medical expenses, which were paid for by his employer’s workers’ compensation carrier.

A Proven Record Fighting for Accident Victims Across New Jersey

The $380,000 settlement is a victory for our client, and a result that speaks to the extensive experience of Partner Michael B. Fusco. Over the years, Michael has earned a reputation as a respected and extremely talented advocate, and has cultivated a proven record in personal injury cases involving auto accidents, premises liability, PIP no-fault insurance claims, and other matters of victims suffering preventable harm and losses due to the negligence of others.

If you or someone you love has been injured by another’s negligent acts – including a motorist who drove distracted or failed to uphold their obligations for safely operating a motor vehicle, Levinson Axelrod, P.A. is here to help. Call (732) 440-3089 or contact us online for a free and confidential consultation.