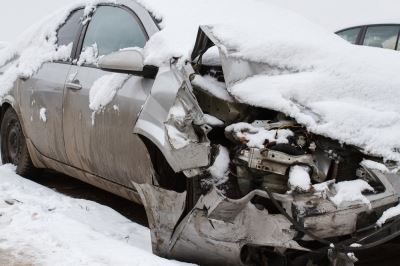 New Jersey residents are up this Monday morning still reeling from a huge winter storm that pushed the limits of snowfall records. While everyone goes out to their vehicles to get ready for their commute, they should be aware of the law. If they don’t clean the snow off of their vehicles correctly, drivers may face a $75 fine and state troopers are on the lookout.

Because of the many dangers that are already on the road after the snowfall, the chance for refreeze causing potential accidents is a concern. Black ice on the road is enough to give drivers a fright, but if someone doesn’t clean their windshields enough to unblock their view or put pieces of snow or ice within someone else’s path, they can put others at serious risk.

The law that was passed in 2010 is to help prevent individuals from driving while their windshields, headlights, or tail lights are covered with snow. It also helps to keep potential dangers of refreeze off the road. If someone else is injured because of the flying ice or snow, fines can range anywhere from $200 to $1,000.

Over the stormy weekend, state police received notice to roughly 300 car accidents. These dangers will most likely keep a number of people off the road on Monday with many school districts calling for late starts or snow days.

If you were injured because of someone else’s oversight of this law or because they directly put you at risk of danger, call Levinson Axelrod today. Our New Jersey car accident lawyers aim to help injury victims seek the compensation they need to cover medical expenses, lost wages, and more. Drivers have a duty to be aware of dangerous road conditions and drive accordingly. If they don’t, and someone else is injured, they should be held accountable. Call today.