Todd Wachtel, Esq., a Partner in our Raritan office, spoke at the 2022 Session of the American Legion Jersey Boys State at Rider University on June 20, 2022 about careers in the practice of law. Other attorneys from throughout the State of New Jersey joined Todd on the panel, as well as New Jersey Supreme Court Associate Justice Lee Solomon. 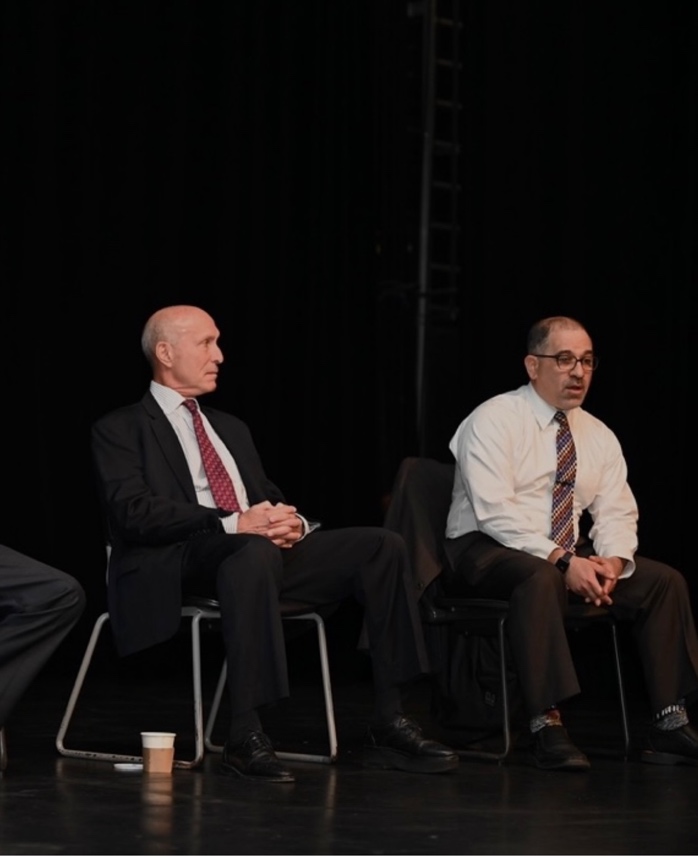 The American Legion Jersey Boys State (ALJBS) was founded in 1946 to stress the importance and value of our democratic form of government and the need to maintain and preserve it. During the now-week long program, students from across New Jersey learn about and then form their own democratic State and can receive college credit for their experience. This year, over 1000 delegates attended the program.

Todd is a proud alumnus of the program, having been selected in 1989 and sponsored by his local American Legion post. Other alumni include Senator Robert "Bob" Menendez, Governor Christopher J. Christie, Senator Cory Booker, and Supreme Court Justice Samuel Alito.

“I really enjoyed my time as a ‘Boys Stater,’” said Todd. “In fact, I had my first ‘Trial’ at Boys State, which somehow ended up with me standing on a chair singing the “Boys State Anthem” to a packed cafeteria. I’m not sure how exactly the Judge ruled that way, as I was only the defense attorney, but it definitely prepared me for how unexpected things can come out at Trial (which fortunately do not now include me being required to sing publicly).

It is an absolute honor to come back and speak with some of the brightest high school students of New Jersey, and I look forward to coming back next year.”

Todd D. Wachtel is a Levinson Axelrod, P.A. Partner and NJ Supreme Court Certified Workers’ Compensation Specialist. In addition to his work representing injured workers and their families, Todd is actively involved in the local and legal communities and various public speaking engagements. He was most recently elected to the Executive Committee of the State Bar Workers’ Compensation Section, where he and fellow members address proposed legislation and matters critical to the practice of workers’ compensation in New Jersey.