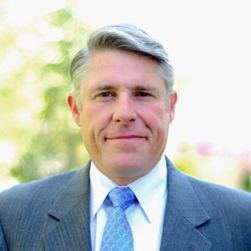 Levinson Axelrod, P.A. Partner Adam L. Rothenberg and our legal team have settled a case against the New Jersey Department of Treasury (DOT) on behalf of a client who suffered serious injuries after slipping and falling on ice. The victory is a significant one, given both the recovery made for Adam’s client and the difficulties of prevailing in claims filed against government entities.

As detailed in court records, our client had been asked to report to a Department of Treasury parking lot in order to provide estimates on repairs to DOT vehicles. While on the DOT lot, our client slipped and fell on ice, and was injured as a result. In addition to suffering a malleolar fracture of his ankle, he was also required to undergo surgery, which included an open reduction and internal fixation (ORIF).

Though the client was injured on another’s property, a scenario that typically invokes premises liability, the fact that the lot was owned by a public entity meant any injury claim would need to be filed under the New Jersey Tort Claims Act, which creates significant challenges and a number of potential barriers to compensation for those who bring claims against the government.

Despite immunities the State enjoys under the Tort Claims Act, such as discretionary spending immunity and weather immunity, Adam and our team were able to effectively prove that the ice which caused our client to fall resulted from other dangerous conditions on the parking lot that led to the formation of the sheet of ice. Adam was also able to prove the New Jersey Department of Treasury knew about the parking lot’s hazardous condition for close to 4 years before the accident involving our client took place, and despite this knowledge failed to take any action to make necessary repairs.

Ultimately, the work of Adam and our team led to a successfully negotiated settlement, and $325,000 in damages for our client – a result which speaks to Adam’s proven abilities as a New Jersey State Bar Certified Civil Trial Specialist, and his reputation as a respected litigator capable of handling even the most complex claims. Our firm, as Adam notes himself, is very pleased with the outcome of this particular case, given that:

“Cases against public entities are particularly difficult due to the Tort Claims Act, which confers many immunities. It is particularly satisfying to help someone navigate those provisions and make a recovery for a client’s serious injuries.”

NJ Injury Claims Against the Government: Why Proven Lawyers Are Important

While victims injured in accidents caused by the negligence of others have the right to seek justice and compensation for their injuries, situations involving accidents on government-owned property are more complicated, and victims typically need to file claims in accordance with strict rules and procedures outlined in the New Jersey Tort Claims Act (Title 59 of the New Jersey Statutes).

Generally, the Act preserves the concept of “sovereign immunity,” which means the government has many protections against civil claims. Claims under the Act are also typically subject to a very short statute of limitations, as well as certain limitations on recoverable damages. However, there are some exceptions which allow victims injured by the negligence of a public entity to bring claims against the government and make a financial recovery of their damages. Meeting the standards of those exceptions can be exceedingly difficult, but as our team has demonstrated, it can be done effectively with the help of knowledgeable and experienced attorneys.

Have questions about a potential claim against a public entity or another negligent party? Contact Levinson Axelrod, P.A. for a free consultation. We serve clients across the state.