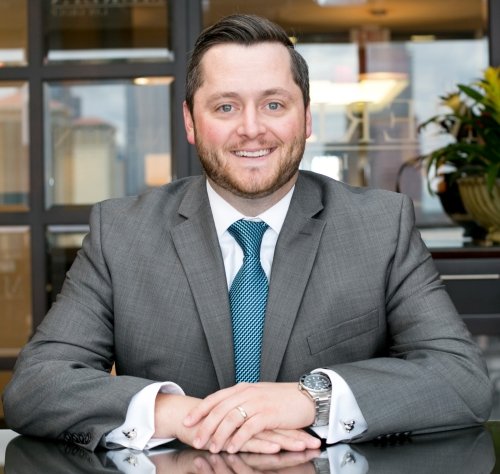 Charles “Chase” R. Mathis IV has honed his skills as an attorney since joining the legal world in 2007, and has developed a well-rounded knowledge of the law throughout his career working at several national and local law firms in multiple positions. Since joining Levinson Axelrod, P.A. in 2018, Chase has concentrated his practice to assisting injured individuals in obtaining the justice and compensation they deserve.

In 2019, Chase was selected to the New Jersey Rising Stars list by Super Lawyers. Only 2.5% of the attorneys in New Jersey receive this distinction. Super Lawyers is a rating service of outstanding lawyers from more than 70 practice areas who have attained a high-degree of peer recognition and professional achievement. This selection process includes independent research, peer nominations and peer evaluations.

When not pouring over legal texts or arguing for his clients’ rights in the courtroom, Chase enjoys spending his time with his wife, daughters, and the family’s dog.

Have You Been Injured?

Each Levinson Axelrod office is staffed with a Certified Civil Trial Attorney, who is available to answer your questions. Contact us today to get the legal counsel you need.